REVIEW: KING OF THE SOUTH by Calia Read

“If Livingston was the King of the South, I was the Queen of Lies. From my deceit and his charm, we could build a kingdom that could last for centuries.”

The year is 1919, and the Great War has ended. As everyone picks up the pieces of their lives, I have only copious amounts of alcohol and women keeping me together.

Most of the men I went to war with didn’t make it home, including my best friend, Miles. I thought I knew everything about him until I discovered he made me the executor to his little sister Rainey’s dowry.

Rainey Pleasonton is anything but pleasant. Most men in Charleston found her wild and carefree ways to be terrifying, which explained why she was twenty-eight and still unmarried.

I have sixty days to help her find a husband before she loses her inheritance, her family’s legacy, and I lose the last of my sanity.

The only problem is, I’ve watched her go from a little girl who chased us around with a bow and arrow to the only woman in the South immune to my charm. And the men who were once scared of Rainey? They now find my le savauge beguiling, and I do not care for it one bit…

King of the South from Calia Read is NOW LIVE!

What is the Belgrave Dynasty about? Start with the Surviving Time Series.

I have to start by saying that I don’t usually read historical romances; it’s not that I don’t enjoy them, it’s just that I spend most of my reading time with Contemporary and New Adult romances, but after reading Calia Read’s Surviving Time series, part historical/part time travel romance, I was beyond ready to head back to Belgrave and the 1900s, 1919 to be exact, and I couldn’t wait to be reunited with Etienne and Serene and witness everything unfold between ‘Charleston’s number one womanizer’ and a heck of an ‘untamed debutante.’

Charleston high society is quite difficult to find one’s way in, especially someone like Rainey Pleasonton – a southern belle with quite the stubborn and independent mindset. At face value, Rainey wouldn’t be considered a southern gentleman’s first choice because she’s not afraid to say what she thinks and she makes it more than clear how she feels, and in this time period, society, and lifestyle, women were supposed to be more seen than heard, which is not a description anyone could use to describe Rainey.

And all of those qualities that make her a bit of an outcast are exactly what I loved about her from the start. She’s highly intelligent and has one wicked sense of humor along with the ability to shoot a bow with precision. And while her feistiness does get her into a bit of trouble, specifically with the bane of her existed as well as the executor of her funds, thanks to the instructions in her brother’s will, her personality is also what seems to pull said man, Livingston, out of the dark abyss that threatens to consume him.

The Livingston Lecroix who returns to Charleston from the Great War is not the one who left with his best friend. Because not only does Livingston return without Levi, but he also comes back without is easy going, carefree personality. Now, he spends his time fighting nightmares and drinking excessively as he combats the demons that threaten to completely destroy him.

Read does a great job of illustrating just how tortured Livingston is due to the war, and while his crass behavior, wicked words, and broody personality are a bit over the top, at times, the way he evolves throughout the story and fights to be the man Rainey both wants and needs will have readers rooting for these two to figure things out and give into the clear attraction that’s simmering just beneath the surface.

Livingston and Rainey share a long history – one full of verbal sparring, impetuous exchanges, and dastardly deeds, which means that the fact that her brother put her sworn enemy, Livingston, in charge of her affairs does not set well with her at all, and what ensues, because of this rather precarious position, is a battle of wills, pithy barbs, and whole lot of sexual tension, even though these two don’t recognize it as such for quite some time.

King of the South is a slow burn historical romance, one that paints a clear picture of the time period and all it entails for those who live in high society as well as the losses felt and scars acquired due to the war. I love how essential Serene is in helping Rainey and Livingston admit their true feelings for one another, and she and Etienne are a huge part of their lives, which means readers familiar with the Surviving Time series will feel right at home. 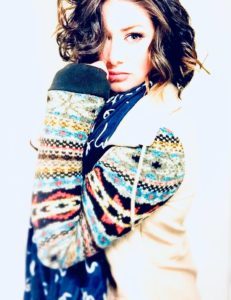 Calia Read lives in Texas with her husband and their five kids.