He never wanted to be anyone’s hero…

Asher Knight is tall, dark, and wickedly handsome. He’s also irrevocably broken. Submerging himself in long hours at work by day and debauchery at The Wicked Horse by night, Asher uses work and play to numb the pain and guilt he feels over the death of his wife. What isn’t satisfied with one will surely be resolved by the other. At least that’s how he’s survived the last few years.

Hannah Madigan works three jobs just to make ends meet. Beat down by life, not to mention a cheating husband who was unfairly awarded custody of their daughter, Hannah is determined to make a better life for herself and get her kid back. But with pressures mounting and one costly mistake that leaves her owing Asher a huge debt, Hannah is as close as she’s ever come to throwing in the towel.

She’s given a golden opportunity…

Determined to stay the course by any means necessary, Hannah accepts an unusual proposal from Asher. He’ll give her a job. She’ll give him her body. Sounds easy, right? Until she realizes she needs his help more than she’s willing to admit. And he finds her adding to his life in ways he never wanted to accept.

This wicked knight may just learn that sometimes saving someone else means allowing yourself to be saved in return.

The only thing that Asher Knight allows in his extremely controlled, structured, and emotionless life is pleasure, but the pleasure he takes and receives comes with its own set of rules, namely where that release takes place, which is at the one and only Wicked Horse Vegas – a location that allows Asher to revel in his hedonistic lifestyle while also maintaining the walls he built around his heart after his life imploded. His every indulgence is based on his particular wants and needs and nowhere in those is the desire to have any kind of non-sexual relationships with women, which makes the hardcore, dirty, and impersonal dalliances at the Wicked Horse the perfect escape from his demons…until her.

Hannah Madigan is a heroine who readers will root for from the very beginning of the story because even though she’s lost so much and continues to struggle to support herself and her family, she does everything that she can to endure…to withstand the cruelty of others and to find a way to reclaim everything she lost, even if that means selling her body to do so.

Asher and Hannah’s relationship is supposed to be a mutually beneficial one – Asher gets to use and bend Hannah’s body as he so chooses while Hannah pays off a debt as well as acquires the means to fight a battle she can’t stand to lose. But like any intimate connection, feelings always seem to factor into the equation regardless of how desperately one or both of them don’t want them to and in Asher and Hannah’s case, the more time they explore each other’s body, the more complicated things get between them, forcing both of them to figure out how far they’re willing to go to continue what they set in motion.

It’s easy to see how conflicted Asher’s feelings are when it comes to Hannah; he thought he could treat her like another one of his possessions, but Hannah is an amazing woman whose backbone allows her to rise to any challenge, which makes Asher feel way more than he wants, forcing him to choose between wicked pleasure or more emotions than he knows how to deal with.

Asher Knight may not want to be Hannah’s knight in shining armor, but his wicked ways awakens her inner wantonness and gives her more hope than ever to reclaim her heart’s desire, it’s just if she’ll have a whole heart or a broken one by the time Asher Knight is done with her.

Wicked Knight has a bit of an insta-lust feel to it, but Asher and Hannah definitely make the most of their time at the Wicked Horse, and let me tell you, those scenes are sinfully sexy. But the parts I enjoyed the most are the times when readers were shown the Asher beneath his hardened exterior – the one that would do whatever it takes to make Hannah’s life easier and full of everything she desires. 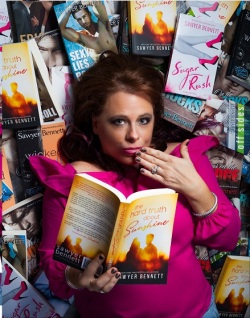 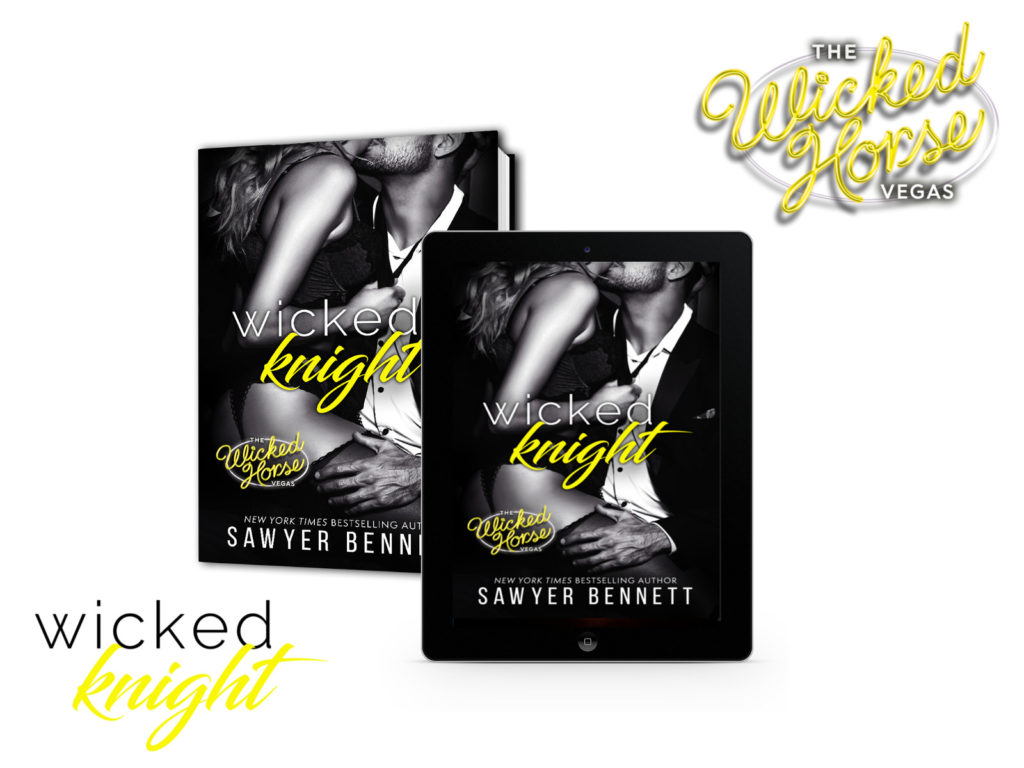 One response to “RELEASE PROMO AND REVIEW: Wicked Knight by Sawyer Bennett”