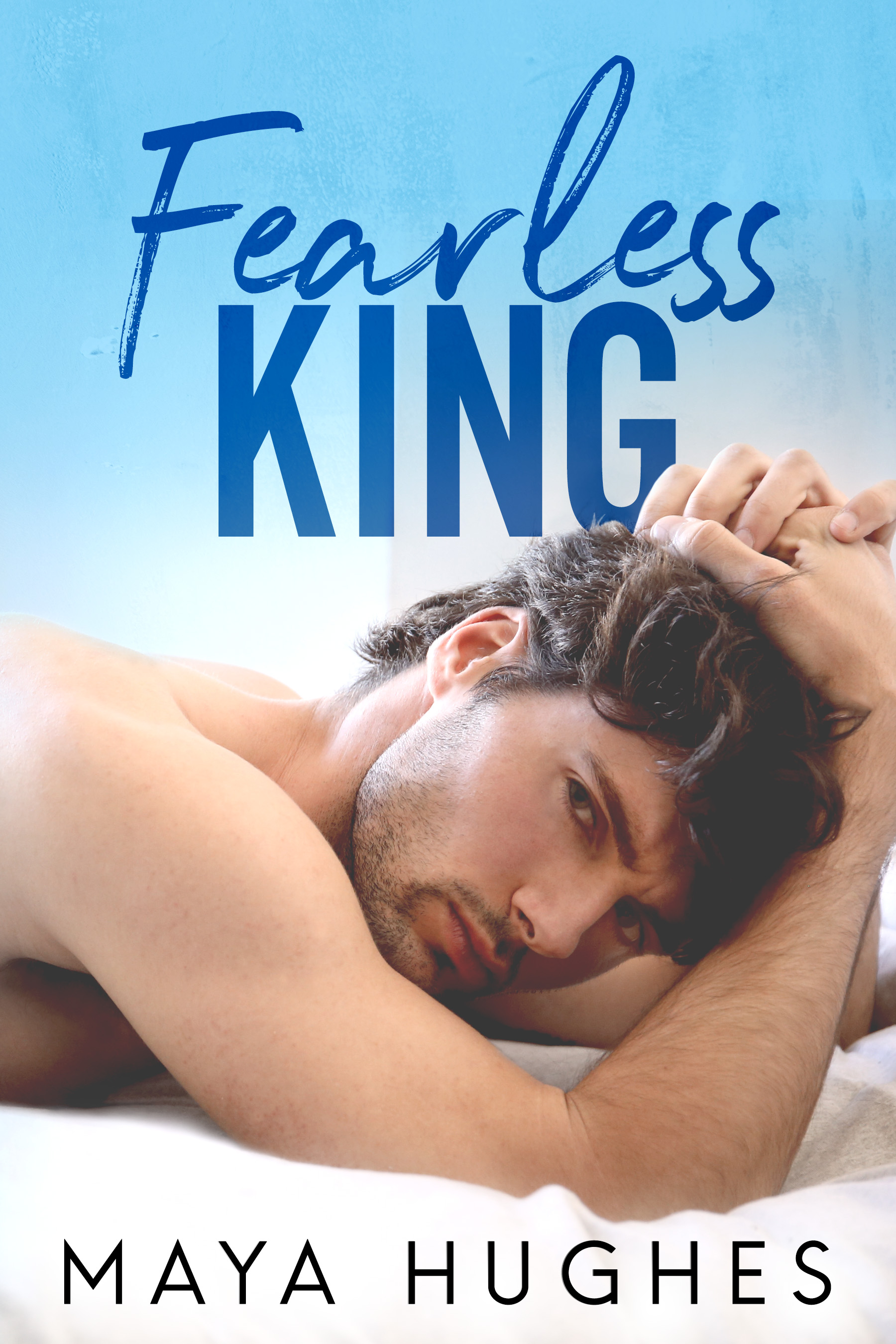 A new King is coming! Ford will be here in 3 weeks! Are you ready for him? He’s the strong, silent type. Who doesn’t love a good brooder?!

Liv’s gotten under my skin with her sweet smile and her gentle touch. We had one kiss before it all fell apart. I wanted to hold her close, but I broke her heart.

Now, she’s in trouble and I’m the last person she wants to confide in, but I’m not giving up.

Get your copy of Fearless King at the special release price or read for FREE in Unlimited!

544 days…that’s how long Ford Atherton and Olivia Frost have kept their distance from each other after what could have been the start of something amazing between them, despite their age difference and the fact that Ford is Colm’s best friend. Instead, though, the aftermath of one stolen kiss is heartache and loneliness.

Timing is everything – this saying is used several times throughout the course of Fearless King in reference to Ford and Olivia finding a way to make things work between them despite the plethora of obstacles that always seem to be standing in the way, not allowing these two to be together like they want and deserve.

I have to admit…while I understood how the timing never seemed to be right for the hero and heroine, I felt like it also had a lot to do with the repercussions of them keeping secrets, telling lies, and not speaking up for themselves with it counted the most. Don’t get me wrong, Ford and Olivia both seemed to be in impossible situations due to circumstances out of their control, but for what was in their power to change…to fix, I felt like they didn’t step up when they needed to, causing everything to blow up in their faces far more than they would have if these two would have been open and honest with those they needed to be with sooner.

In the end, though, maybe the struggles Ford and Olivia went through made them fight harder to be together and to make things right with the family they’ve created for themselves with their group of friends and the blood relatives who have been with them through the struggles and the losses they’ve endured.

Ford and Olivia’s journey was not easy; every step they made forward together had to contend with the multiple road blocks that sent them back, pushing them apart and forcing them to fight harder to make things work.

I’ve really enjoyed Maya Hughes’ entire Kings of Rittenhouse series, but I have to say that I’m intrigued by what she has in store for Colm – this guy has had to endure more heartbreak and devastation than any one person should, and while he’s made some mistakes and was a bit over the top with his need to control everything in his younger sister’s life, now that she’s found her happiness, it’s time for him to get his happy ending.

Maya Hughes can often be found sneaking in another chapter while hiding in the bathroom from her kids! 🙂 I’m a romance writer who loves taking inspiration from everyday life, namely my husband and biggest fan. Inspiration also strikes when I hear a song, meet someone new or daydream while at soccer practice.

I’m the mom of three little ones, the wife to an amazing husband and also work full time. Some of my favorite things are cinnamon rolls, white wine, laughing until I can’t breathe and traveling with my family.