They say the red zone is the hardest place to score.

But for me, those last twenty yards were my sweet spot.

They didn’t call me Lukas “Last Minute Lucy” Callihan for nothing.

I was at the top of my game…until life sacked me harder than any linebacker ever could.

Losing my mom was devastating and left me as the sole person responsible for my little sister.

Taking care of Ella and juggling my career was like playing the hardest game of my life.

She loved Ella. She hated me.

She thought I sucked at this parenting thing, and she wasn’t wrong.

But whenever she was around I got the same earth-shattering, heart-stopping feeling I did when I was only twenty yards from the goal line.

She made me feel like I was back in the red zone, a place I’d never fumbled. 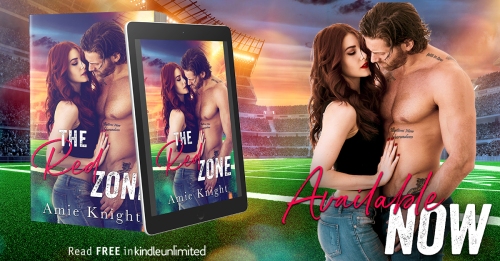 Ten years ago, senior, Lukas Callihan, wanted to call ‘dibs’ on his freshman French tutor, Scarlett Knox. But it wasn’t meant to be at that time. She was still a teenager who had three more years of high school and a whole lot of growing and learning to do, and he was headed to college to play football and hopefully become a professional football player. But regardless of their poor timing, it was clear that their connection was something they both felt and something they both wished would have worked all those years ago.

Fast forward a decade and Lukas has a chance to finally call ‘dibs’ on his red hair beauty, and this time, he isn’t willing to let her go, determined to prove to Scarlett that he’s worth the risk, which means that despite the fact that Scarlett only offers friendship to him because she’s Ella’s teacher and she doesn’t want to get her heartbroken again, the friend zone is not a place Lukas wants to be when it comes to Scarlett and their relationship. He would much rather be in the Red Zone, which while technically a sport’s term, is easily applied to exactly where he sees his second chance with Scarlett going. And regardless of how much she makes him work for it…how much she tries to fight their pull towards each other – a pull that’s been there since she was 14 and he was 18 – he’ll fight like hell and pull some trick plays if he needs to in order to reach his end game…in order to reach the zone where Scarlett’s his and he finally feels like he’s won it all.

Lukas is at his best when the game is on the line, and when it comes to his relationship with Scarlett and with his sister, Ella, there’s nothing he wouldn’t do to prove to them that he has what it takes to make them happy, to protect them, and to let them know day in and day out that his greatest victory…his biggest win is being able to love them like they deserve and feel their love for him, and in his estimation, winning their love and their trust, is even better than reaching the red zone of a football field because life’s red zone is something that will be there long after his football career is over.

The Red Zone was my first book by Amie Knight, and I really enjoyed it. Lukas and Scarlett are extremely likable characters and it’s easy to see just how strong their feelings are for each other even though they haven’t seen one another for ten years. Lukas’ sister, Ella, is definitely the scene stealer of the book, which more than makes sense because it’s their respective affection for Ella that provides these two with a second chance to truly see what they can build together as a couple and as a family. I do have to admit that I felt like the end was a bit rushed,

considering the number of life changing events that happen in such a short amount of pages, but the fact that Lukas and Scarlett’s love for each other was already established made it easier to accept how quickly their lives changed when they finally admitted their true feelings for each other. And the way everything ended up seemed fitting for this family of three because they knew exactly what it meant to have each other’s backs at all costs. 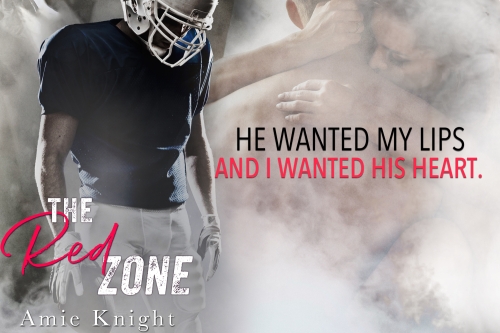 My body locked tight. Oh, no, he couldn’t do that. If he kissed me I’d think about it at least the next ten years and that would be awful. I still obsessed over the day he’d kissed me when he’d told me goodbye. I couldn’t let him do that to me again.

“That’s a terrible idea,” I whispered, his lips a breath from mine.

Slowly his eyes opened and they were suddenly boring into mine. “Why, Scarlett?”

I couldn’t tell him the truth. That his kiss had ruined my teenage heart. That I’d never moved on. That no other kiss had ever compared. That I still thought about that kiss and what I had meant to him. I couldn’t tell him any of that because it sounded pathetic and desperate even to my own ears.

So I lied. I lied my face off. “It’s just not appropriate. I’m Ella’s teacher and you’re her guardian.”

His smile said it all, but it didn’t have to because his mouth wasn’t far behind. “That’s bullshit. None of that has anything to do with me putting my lips on yours.” He studied my face like he did when we were in school together. Like he was trying to figure me out. I prayed he wouldn’t.

And while his eyes pillaged my very soul, his knee slowly wedged itself between my thighs, causing my skirt to rise. I turned my head to the classroom door, terrified someone would walk through even though I knew it was after hours and we were alone.

His hands left my jaw and traveled down my neck, past my shoulders and the outer swell of my breasts to settle on my hips where he squeezed.

“What are you so afraid of, baby?”

He called me baby and he was doing it again. That thing where he made me dizzy and stupid. He was making me forget why this was a bad idea. Why I shouldn’t want this. Because he felt so, so good against me.

His warm palms left my hips and slid down over my ass and to the bottom of my skirt where he clutched the hem in his fists, slowly sliding it up more.

I should have said stop. Anything, but the farther he pushed up my skirt, the more his knee moved in and up until it sat right there against me. Right where I needed it.

A small squeak escaped my lips and one corner of his mouth lifted in a slow smile. “God, you’re gorgeous.” His nose brushed the side of mine and the harsh stubble on his jaw scraped my skin exquisitely. His massive hands moved under my skirt and right to the globes of my bottom, squeezing, before one moved up and snapped the top of my panties. “And you have a thong on. You’re trying to kill me, Red.”

He lowered his head more, zeroed in on my lips, and even though I was a mess of hormones and turned on more than I’d ever been in my life, I couldn’t give it to him. I couldn’t give him my kiss again.

I turned my head in the nick of time and his mouth landed on my jaw.

“You’re not going to give me your mouth, huh?” he mumbled against my cheek before pressing open mouth kisses down my face to my neck.

“No,” I whispered into the quiet room, my voice breathy.

“Mmm,” he moaned right into the spot where my shoulder met my neck before giving me a bite there that simultaneously stung and lit my body on fire. “Then I’ll just have to take what you give me. Now won’t I?” he growled.

Amie Knight has been a reader for as long as she could remember and a romance lover since she could get her hands on her momma’s books. A dedicated wife and mother with a love of music and makeup, she won’t ever be seen leaving the house without her eyebrows and eyelashes done just right. When she isn’t reading and writing, you can catch her jamming out in the car with her two kids to ’90s R&B, country, and showtunes. Amie draws inspiration from her childhood in Columbia, South Carolina, and can’t imagine living anywhere other than the South. 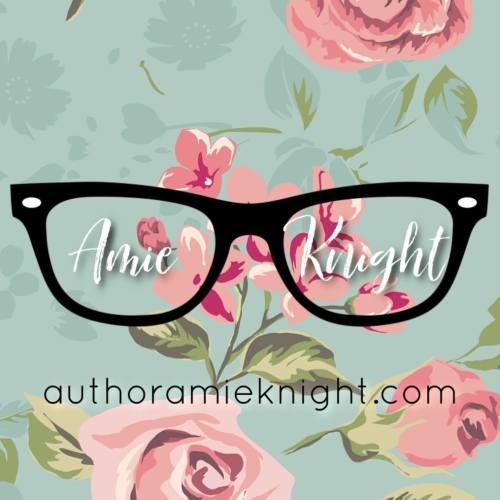