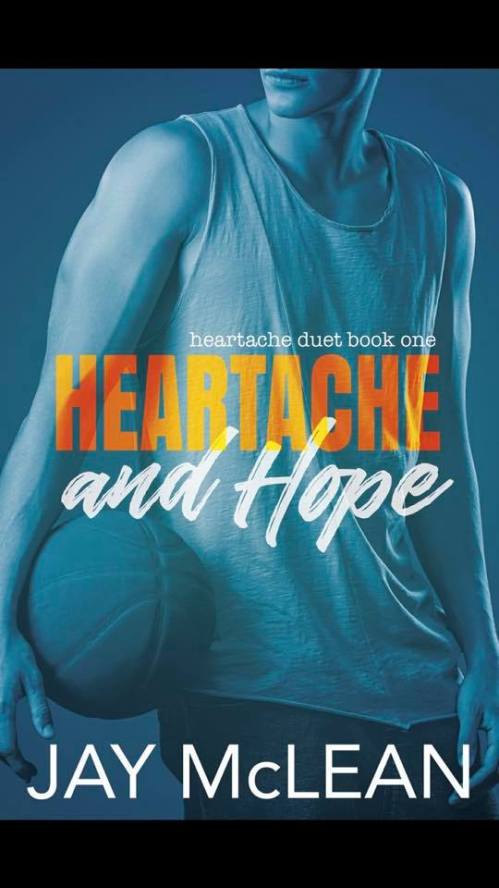 She just doesn’t know it yet.

Just like she doesn’t know a thing about the boy she sits next to on the first day of senior year.

He thinks she’s a brat.

Because Connor Ledger’s about to save her.

He just doesn’t know why. 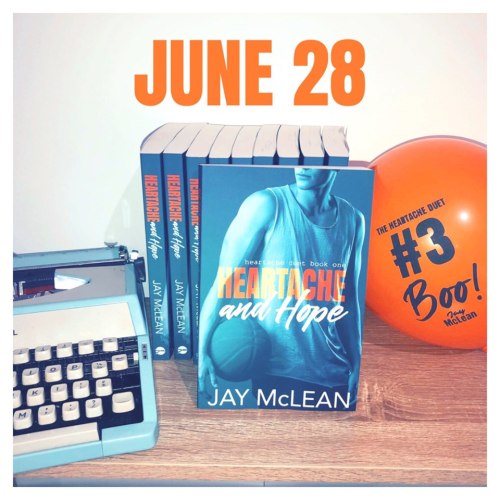 Add the Duet to your TBR: bit.ly/GRJMacHH

I can’t even begin to describe the excitement I felt when Heartache and Hope hit my e-reader. I’ve read almost all of Jay McLean’s stories, and after every book, I’m always left in awe of her ability to infuse the amount and the magnitude of feelings that she does in EVERY. SINGLE. WORD. she uses to tell her characters’ story.

In her latest release, Heartache and Hope, book one in her Heartbreak Duet, McLean gives readers Ava Diaz and Connor Ledger’s story and it’s one that illustrates the imperfections of life – the heartache of life – the hopelessness of life when it gives them more than they can possibly handle. And in those redefining but uncontrollable situations, the fear can be overwhelming, which makes putting their trust and faith in people who have the ability to let them down as well as undo the carefully constructed facades they have meld together.

For all intents and purposes, Ava’s life is not her own, and while she’s accepted that fact, attempting to approach it without feeling the immense pressure that weighs down her shoulders, some days are easier than others…some situations can be handled better than others. It’s clear where her focus needs to be, and she tries not to complain about her circumstances, understanding that the blame doesn’t reside with anyone in her household, but that doesn’t mean she’s not frustrated, overwhelmed, anxious, awkward, or insecure, and Jay McLean expertly illustrates the emotional torment that constantly threatens to unhinge her at any given moment.

While Connor’s situation is nothing like Ava’s, his past absolutely defines his present, just like Ava’s does, and although it seems as if these two characters are following much different paths, the truth is that once they connect and find ‘magic’ together, their ‘end game’ slowly becomes redefined despite the obstacles in their way and the fact that, sometimes, they’re their own worst enemy.

In some ways, Ava and Connor are very much the teenagers that their ages signify, which means that their hormones are running rampant and their emotions have the ability to get the best of them and cause them to hurt the people they love the most. But both of them have already had to endure more heartache and pain than some might feel their entire lives, which means that everything is magnified as they go through the typical teenage angst as well as deal with a set of circumstances and situations that are much different from their peers’ experiences.

Jay McLean clearly has a pulse on the dynamics involved in situations like the ones Ava and Connor go through, and it’s clear that she painstakingly and meticulously researched the parts of the story that required factual information along with a significant emotional impact and because she took the time to understand everything that’s involved in the events that Ava and Connor experience, the feelings she conveyed resonate from the pages of this story and make this journey that readers go on with her and her characters significant and all-consuming.

At the end of Heartache and Hope, readers will absolutely be emotionally drained because while the hope is still hanging on in the final pages of book one, the heartache seems far more overreaching and far more tangible given the fallout of a few extremely pivotal discussions and actions. But I also think that readers will not lose all hope heading into First and Forever, not only because of its title but the fact that Ava and Connor share something real, something worth fighting for, something magical, and while the road ahead will definitely be filled with more zero and negative days, there’s hope that these two characters’ red letter days are coming, offering hope even in the darkness.

Jay McLean is an international best-selling author and full-time reader, writer of New Adult and Young Adult romance, and skilled procrastinator. When she’s not doing any of those things, she can be found running after her three little boys, investing way too much time on True Crime Documentaries and binge-watching reality TV.

She writes what she loves to read, which are books that can make her laugh, make her hurt and make her feel.

Jay lives in the suburbs of Melbourne, Australia, in her dream home where music is loud and laughter is louder.

4 responses to “RELEASE REVIEW: Heartache and Hope by Jay McLean”