BLOG TOUR REVIEW AND EXCERPT: The Truth About Cowboys by Lisa Renee Jones

“Lisa Renee Jones does wildly sexy alpha heroes like no one else!”

While I was off pitching in the big leagues, my family was back in the small town of Sweetwater, Texas, running the family ranch. Then tragedy hit and I discovered there were secrets that my family kept, problems they hid. I went home, left behind the money, women, and fame. I took over the ranch and took care of my grandmother. I took over hiding the secrets. Then she came to town. A smart-mouthed, clumsy, too-smart-and-too-pretty-for-my-own-good city girl hiding out to write a book. She’s right here, on my property, in the cottage my grandmother rented her without my permission, and she sees too much. She knows too much.

Now suddenly my world is spinning, and she’s shoving a baseball back in my hand while baking cookies with my grandmother. She’s the devil and an angel all in one fiery little package. I decide I’ll wait her out. She’ll go back to the city. Only suddenly I don’t want her to leave, and everything I’ve settled for in my life isn’t enough. I want to play ball and I want her, but there’s that secret that won’t let go, but neither will she.

Because I met Jason and Jessica in an upcoming release from Lisa Renee Jones, Tangled Up In Christmas, it was interesting to go back to when they met, their first impressions of each other, and the complications that made everything much more difficult for these two to figure out how to make things work, not only between them but also in their revamped professional careers.

I’m actually glad that I met Jason after he and Jessica worked through all of their issues because…I have to admit, I didn’t like him that much for a huge chunk of The Truth About Cowboys, and it’s not that I didn’t understand where he was coming from and why he felt the way he did about love and happily ever afters, but his anger shouldn’t have been directed at Jessica; he shouldn’t have used her as a punching bag because as much as she could hold her own against him, putting him in his place a number of times, he could have lost his chance with her if he pushed her too far.

I 100% stand behind Jessica’s decision to leave her career as a lawyer, her cheating ex, and even the city life, and even though she’s a bit out of sorts when she arrives and met with a rather ornery rancher, she’s determined to make her new life everything she wants it to be, even if that means going toe-to-toe with the gorgeous cowboy who seems to have quite the chip on his shoulder.

Jason and Jessica are far from friendly when he helps her get unstuck, but things only get more volatile the more time they’re around one another, causing these two to fight dirty with harsh words, ignoring the sexual tension building between them and finding any means to stick it to the other one. And this bickering intensifies until it feels like they’re either going to kill each other or tear one another’s clothes off.

It’s good that both of them are fighters because they’re going to need all that stubbornness and tenacity to work through the jumbled up mess in their heads so that they can get passed it and see just how good they could be together if only they stopped getting in their own way.

Readers will love the quaint setting as well as the secondary characters. Jason’s grandmother as well as Jason’s best friend, Roarke – who just happens to be the hero in Tangled Up In Christmas, add so much to the story line, especially grandma because it’s clear from the beginning of the book that she has ulterior motives for agreeing to rent Jessica the cottage and help her grandson find his way back to the ball field as well as love, and she’s just as stubborn as the main characters, which means that she’ll hold on as long as it takes to get what she wants, not for herself, but for those she loves.

The Truth About Cowboys is a sweet, entertaining enemies-to-lovers’ small town romance, and I know that readers are going to love Roarke’s story, which is releasing soon.

I dart toward the door in the far right corner and enter the bathroom, where I find a giant old-fashioned, barrel-style tub. I open one of the white cabinet doors and also find a towel, but I’m just too wet for it to help. Like that woman was for Craig. Oh God. There I go again. No. No. No. I will not think those thoughts. No more. I’m done. With him. With her. I strip down naked, wrap the towel around me, and hunt for my suitcase, which I hope like heck has the other bag of chocolate I packed.

Naked might get a girl in trouble, but I’m alone and it’s not like anyone is going to see me naked anytime soon. I can go right ahead and happily pack a few pounds of chocolate weight on a petite frame that can’t handle a few extra anything. There will be no more men for me. Therefore, there will be no trouble to be found. It’s a great plan and on this one, really truly, I dare to say, what could go wrong? I exit the bathroom into the bedroom and scream at the sight of a man standing there.

The cowboy who saved me on the side of the road is not only here, minus his trench coat and wearing a snug black T-shirt, he’s bigger and broader than I remember. The bedroom shrinks. My heart races.

“I was right,” I accuse, clutching at my towel, the only thing between me and him besides footsteps. “You are a serial killer.” I search for a weapon and I don’t know why there’s a giant flashlight on the nightstand, but it’s long and strong, and I grab it, my new prize. I also manage to drop my towel. Oh my God, I’ve dropped my towel. Goose bumps lift on my naked body and, Lord help me, my nipples pucker.

I try to grab my towel and almost drop the flashlight, which is a better weapon than terry cloth. I commit to the flashlight and my state of undress. “I will hit you if you come near me,” I warn. “I mean, kill you.” That sounds unrealistic and therefore lacks the bite I intend. “I will hurt you.”

He arches a brow and, to my shock and his credit, he doesn’t so much as blink at anything below my neck. I don’t know if I should be appreciative or offended. Am I not distracting? Am I not worthy of a look? Obviously, my ex didn’t think so and—

The cowboy starts walking toward me.

“What are you doing? Stay back.” I hold up the flashlight, but I’m the one backing up, hitting the wall with a hard thud. He snatches up my towel and hands it to me, his hand brushing my nipple in the process. I suck in a breath, even as the flashlight is removed from my hand and tossed on the bed. “The game is over. Getting naked won’t stop me from calling the police.”

“You’re standing in my property, sweetheart.”

“And yet it is. You picked the wrong house to squat in and the wrong town. I saw where you turned off. I knew where you were headed. Wrong choice, sweetheart.”

“Stop calling me sweetheart. And what the hell are you talking about? Squatter? What is a—” A bad feeling hits me. “You think I’m freeloading by sneaking in here and now I’m trying to buy a bed with my naked body? Really?”

“If the shoe fits, sweetheart.”

I scowl. “Stop calling me sweetheart. Since when do women seducing men try to hit them with a flashlight? Then again, we are talking about you here. I’m pretty sure you could make anyone want to hit you. Maybe that’s the only foreplay you know. A flashlight and a—”

“Stop,” he orders, his hands pressing to the wall on either side of me, and now his big body framing my naked body.

New York Times and USA Today bestselling author Lisa Renee Jones is the author of the highly acclaimed INSIDE OUT series. Suzanne Todd (producer of Alice in Wonderland) on the INSIDE OUT series: Lisa has created a beautiful, complicated, and sensual world that is filled with intrigue and suspense. Sara’s character is strong, flawed, complex, and sexy – a modern girl we all can identify with.

In addition to the success of Lisa’s INSIDE OUT series, Lisa has published many successful titles. The TALL, DARK AND DEADLY series and THE SECRET LIFE OF AMY BENSEN series, both spent several months on a combination of the New York Times and USA Today bestselling lists. Lisa is presently working on a dark, edgy new series, Dirty Money, for St. Martin’s Press.

Prior to publishing Lisa owned multi-state staffing agency that was recognized many times by The Austin Business Journal and also praised by the Dallas Women’s Magazine. In 1998 Lisa was listed as the #7 growing women owned business in Entrepreneur Magazine.

Lisa loves to hear from her readers. You can reach her at www.lisareneejones.com 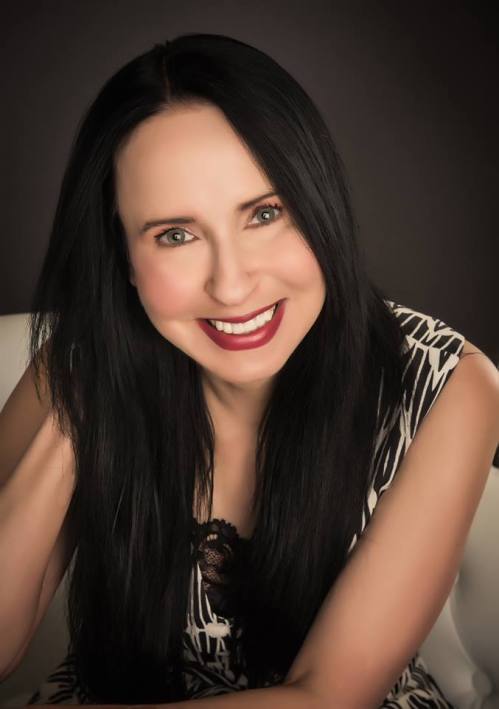