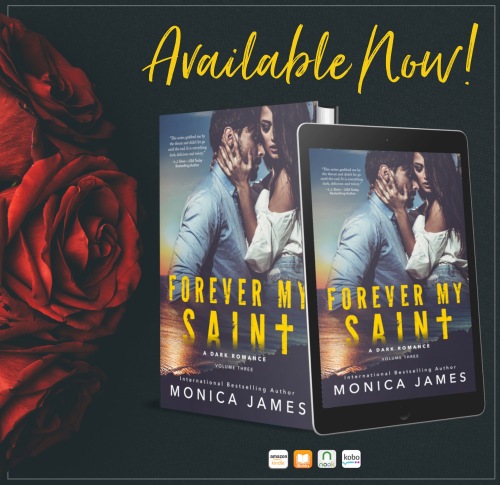 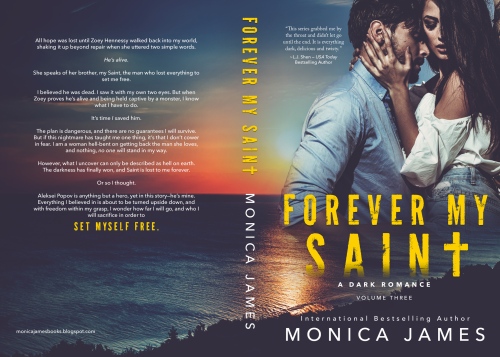 All hope was lost until Zoey Hennessy walked back into my world, shaking it up beyond repair when she uttered two simple words.

She speaks of her brother, my Saint, the man who lost everything to set me free.

I believed he was dead. I saw it with my own two eyes. But when Zoey proves he’s alive and being held captive by a monster, I know what I have to do.

It’s time I saved him.

The plan is dangerous, and there are no guarantees I will survive. But if this nightmare has taught me one thing, it’s that I don’t cower in fear. I am a woman hell-bent on getting back the man she loves, and nothing, no one will stand in my way.

However, what I uncover can only be described as hell on earth. The darkness has finally won, and Saint is lost to me forever.

Or so I thought.

Aleksei Popov is anything but a hero, yet in this story—he’s mine. Everything I believed in is about to be turned upside down, and with freedom within my grasp, I wonder how far I will go, and who I will sacrifice in order to set myself free. 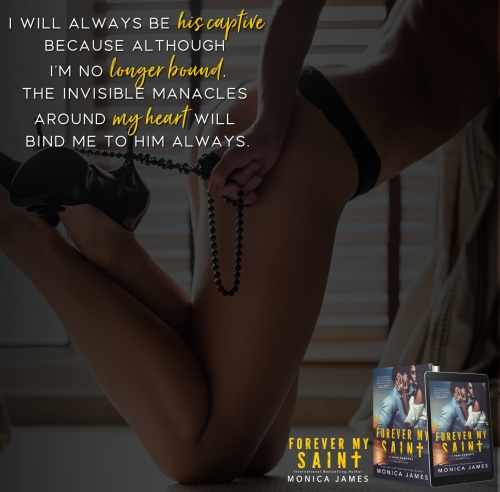 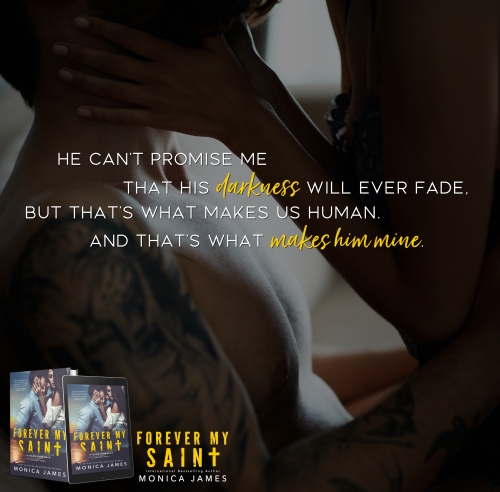 Confession: at the end of Fallen Saint, I was so angry at Monica James…for real, I couldn’t control my emotions, and even though I can usually see past the events that occur, understanding that their story is not over…that there’s more to come and that part will bring everything full circle, it wasn’t enough to calm me…to ease my mind that everything will work out in the end because it all seemed so dire when book 2 ended.

Because I don’t want to give anything away, this review is going to be a little bit different…I’m going to explore the situations/characters that intrigued me throughout my reading experience of All the Pretty Things trilogy.

First, the title of the trilogy itself. At face value, the title doesn’t seem to fit Willow and Saint’s journey. Anything ‘pretty’ always seemed to be overshadowed by lies, duplicitous acts, and corrupt characters. The light inside always seemed overshadowed by malicious acts that brought more darkness than anything else. But I think what readers are supposed to take away from the series’ title is the fact that there is beauty even in the darkness and that although the path may have been one filled with hate, jealously, and spite, when it mattered most, the light…the beauty of the moments shared between characters is what kept them fighting toward an ending that most would have not been able to get to due to everything that was thrown their way.

It intrigues me how an author can construct and craft a character who is supposed to be seen as the ‘bad guy’ or the enemy when it comes to the hero and heroine’s happy ending and turns this character into someone who the readers care for and, in some ways, want the heroine to take a chance with, especially when it seems like all hope is lost for the hero finding his way back to her. When Alek was introduced, I was made to hate him, partially because I didn’t truly understand his role or what he truly wanted out of the situation at hand but also because he was in the way for Willow and Saint’s happiness. But something happened throughout the course of book three that had altered my perception of him and humanized him in a way that doesn’t seem to happen frequently when it comes to one of the antagonists in a story.

Willow and Saint’s journey was never easy; in fact, there were parts that I didn’t know how they would come through it in one piece, and for all intents and purposes, they aren’t whole when their story ends…they can’t be, not with everything they faced and endured, not with what remains when they rise above the darkness and into their own kind of light. But the fact that they get to that place is all that matters to me as a reader. And while the twists and turns Monica James’ took me on in these three books felt like cruel and unusual punishment, I wouldn’t change my journey because it truly illustrated the growth of these characters and what they were willing to do in order to be together.

When she is not writing, Monica is busy running her own business, but she always finds a balance between the two. She enjoys writing honest, heartfelt, and turbulent stories, hoping to leave an imprint on her readers. She draws her inspiration from life.

She is a bestselling author in the U.S.A., Australia, Canada, France, Germany, Israel, and the U.K.

Monica James resides in Melbourne, Australia, with her wonderful family, and menagerie of animals. She is slightly obsessed with cats, chucks, and lip gloss, and secretly wishes she was a ninja on the weekends.