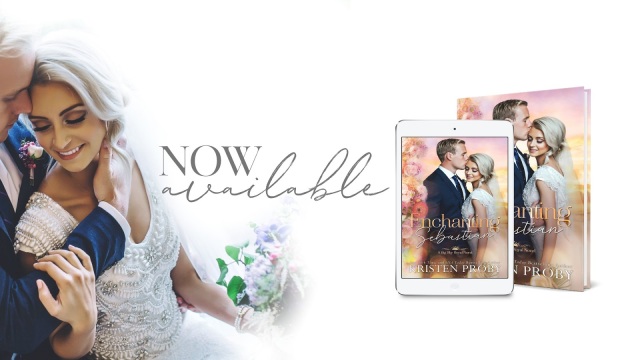 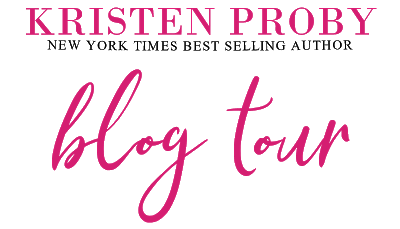 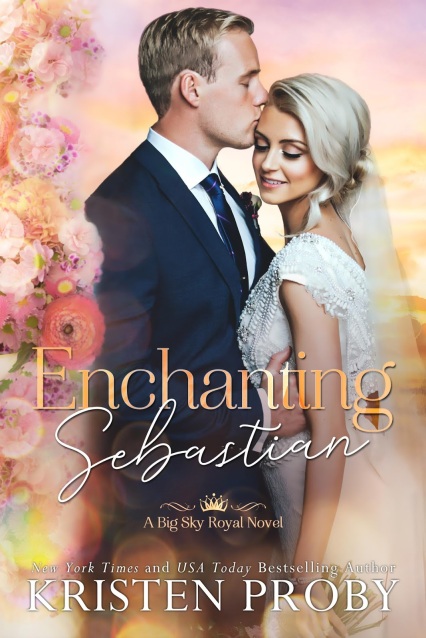 The first in an all new stand-alone trilogy set in Kristen Proby’s Big Sky world, Enchanting Sebastian will take your breath away!

Turning thirty-five doesn’t mean much to most men. For Sebastian Wakefield, it’s the end of life as he knows it.
When your father is the King of England, thirty-five is the year that a marriage will be arranged, a suitable bride cementing a future you didn’t choose. The obvious solution for escaping the archaic laws of the throne is for Sebastian to leave the country. And where better to go than America?
Nina Wolfe has spent her career avoiding scandal. As a Hollywood publicist and minor celebrity in her own right, she knows exactly what it takes to keep the media at bay—and what will send them into a frenzy.
Prince Sebastian hiding out in Cunningham Falls, Montana is an unlikely story. Ending up in his bed, even more so. And keeping their arrangement out of the press might just be impossible. The ring on her finger is about to spark a firestorm that will change her life, and no professional spin will help Nina fit into the world of royalty.
Only love could write an enchanting new beginning—if they’ll let themselves fall. 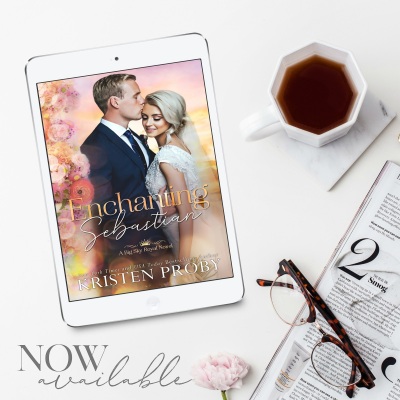 Who wouldn’t love being swept off her feet by a prince? And even if Nina Wolfe  and Prince Sebastian Wakefield’s ‘marriage’ is more of a business deal than a declaration of love, it’s clear there’s a spark between them and the fact that both of them are amendable to giving into their desire for one another, it keeps open the possibility of their relationship becoming something real.

It’s interesting to me just how cynical both Sebastian and Nina are when it comes to love. Neither believes in the notion…neither put any value in that feeling, but it was only a matter of time before the connection that they had from the beginning solidified and grew in a way that meant they could no longer deny their feelings, even if they weren’t ready to face that idea for quite some time.

I loved how easily Nina seemed to win over Sebastian’s family. She’s a strong and independent woman whose honesty is refreshing and endearing because she refuses to allow anyone to bring her down and that backbone definitely comes into play because of the whirlwind engagement and then marriage to a prince – an act that will keep her name and face in the media for the rest of her life.

I found what Sebastian did not to be forced to marry a woman of his father’s choosing commendable. The fact that he felt that the laws were archaic enough to run away from, making it clear that no one was going to make a monumental decision for his life other than himself and while he could have probably handled things differently, he fought for what and who he wanted.

One aspect of the story that I would have liked a bit more insight into is the reasons behind Nina so quickly agreeing to marry Prince Sebastian – a man she just met. I get that she wanted adventure and change, but I wanted to understand that impulsive decision as well as why she had also said she never wanted to get married and then turned around and got engaged to a man she didn’t know.

I adore Royal romance stories and add the fact that, as an avid reader of Kristen Proby’s Big Sky series, I get to reconnect with past characters and see how their lives have changed and families have grown make Nina and Sebastian’s story even more enchanting, and I’m so looking forward to Ellie’s story! 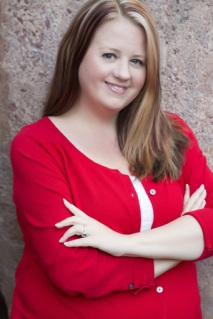 Kristen was born and raised in a small resort town in her beloved Montana. In her mid-twenties, she decided to stretch her wings and move to the Pacific Northwest, where she made her home for more than a dozen years.

During that time, Kristen wrote many romance novels and joined organizations such as RWA and other small writing groups. She spent countless hours in workshops, and more mornings than she can count up before the dawn so she could write before going to work. She submitted many manuscripts to agents and editors alike, but was always told no. In the summer of 2012, the self-publishing scene was new and thriving, and Kristen had one goal: to publish just one book. It was something she longed to cross off of her bucket list.
Not only did she publish one book, she’s since published close to thirty titles, many of which have hit the USA Today, New York Times and Wall Street Journal Bestsellers lists. She continues to self publish, best known for her With Me In Seattle and Boudreaux series, and is also proud to work with William Morrow, a division of HarperCollins, with the Fusion Series.
Kristen and her husband, John, make their home in her hometown of Whitefish, Montana. 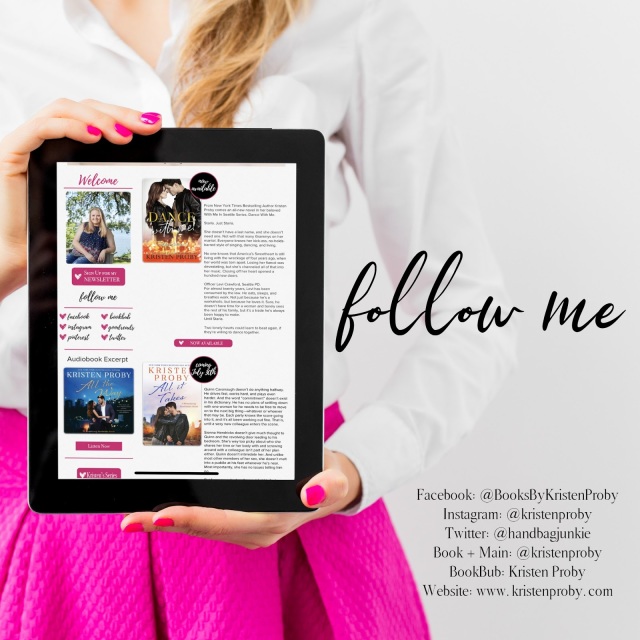