ATONE (The Disciples #2) by Cassandra Robbins

I don’t apologize or regret the destruction I’m about to cause. I’m at peace with what I must do… nothing can or will stand in my way. Not even the raven-haired beauty with golden eyes who haunts my dreams.

No one is innocent in the story of my life. Fairy tales don’t exist!

Everyone needs to atone, and I’m the man who is going to see to it.

Does everyone deserve atonement?

Is there truly a way to make ‘reparation for a wrong or injury’ that will allow everyone involved to move forward? To not necessarily forget the past but find a way to focus more on the present despite all of the damage done?

For David, it’s taken him nine years to even get to a point where he could consider taking back some of his old life, and even then, he struggles with making amends, with figuring out how everything fell apart and left him and his life a shell of what it was…of what it was supposed to be.

But what he wants is revenge…that’s what he comes back for…too bad another part of his past…a part that he doesn’t deserve anymore won’t give up on him, even when he’s more than given up on himself.

I don’t think broken or damaged are strong enough words to capture just how much David’s life is dictated by the pieces of him that he’ll never get back, by the life that took from him in such a debilitating way. So it makes sense that David is a work-in-progress throughout the course of the entire story; he’s about as rock bottom as one could be, so the process of moving forward, of letting things go, of putting the past in the past is not always a forward movement, which is expected, but through it all, even at times when I thought she should have walked away, Charlie remains, helping to keep David in whatever light she can and fighting against the darkness that seems to always be threatening him and what they’re building together.

Cassandra Robbins crafted her own darker take on second chances – ones that exist in the dark and gritty world of bikers, where death and mayhem reign, and where lives are taken so easily. David’s second chance comes in many forms but the one that has the strongest hold on him is his need to make those pay for taking something precious from him. What he didn’t count on, though, was a girl from the past making a stand in his present, offering him everything he doesn’t feel he deserves, but is too far gone not to take some of what she’s giving him, even if he vowed to never put himself in that position again.

What I love most about MC Romances is the fact that there is always a supporting cast of characters, whether it’s the hero’s biker brothers or the females who surround the heroine, and while this group includes more misfits and hellions than not, it’s clear that they would go to war for each other, go to hell and back, in order to make things right…in order to get what they want…in order to make those individuals or other clubs pay for their sinful ways, even if the core group have their own sins to pay for as well.

The Disciples MC is not a typical brotherhood or club; they’re 1 percenters and they’re unashamed to be who they are, despite society’s view on them. I’m interested to see where Robbins will take these bikers and their old ladies and what that means for readers who are just waiting for their next Disciples’ ride!

Charlie walks out of the bathroom, breaking my train of thought. She’s almost glowing. My eyes narrow as I inhale deeply.

“You okay?” She looks at me, concerned.

I stand and stroke my cock. It aches only for her apparently. Her eyes zero in on the area between my legs, and I stop before doing something I’ll regret.

“I’m fine.” Grabbing my jeans off the floor, I watch her eyes caress my body as she licks her lips.

“You hungry?” It comes out harsh, but fuck, I’m a man, and if she keeps licking her lips…

“Umm, yes, but I should get home. I have to work later.” Her eyes stay fixated on my cock and abs while she twists her hair on top of her head with a rubber band.

This gets her attention. Her eyes find mine. She frowns and cocks her head, the sun kissing the side of her face just right.

“You’re stunning.” I reach for her. I need to shut the fuck up. After all, I need to cut her loose at breakfast.

She must be my ultimate punishment. I might as well torture myself with her, saturate myself.

A small smile plays on her lips, and I smell peppermint. She must have brushed her teeth.

“Fuck… we’re going to be each other’s downfall.”

I lean down to capture her lips in a kiss that was supposed to satisfy, not make me crave more. I’m about to pull away when her hand reaches for my cock and I know I’m entirely fucked. I try to pull back, but she moves her delicious body closer, and all my good intentions not to fuck her are fading.

Cassandra Robbins has threatened to write a romance novel for years. After a stint as an actress, she finally let the voices take over. She’s a self-proclaimed hopeless romantic driven to create obsessive, angst-filled characters who have to fight for their happily ever after. Cassandra resides in Los Angeles with her hot husband, two beautiful children, and fluffy Samoyed, Stanley. Her family and friends are her lifeline, but writing is her passion. 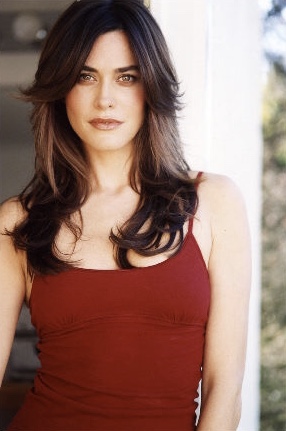