How long would you wait for true love? 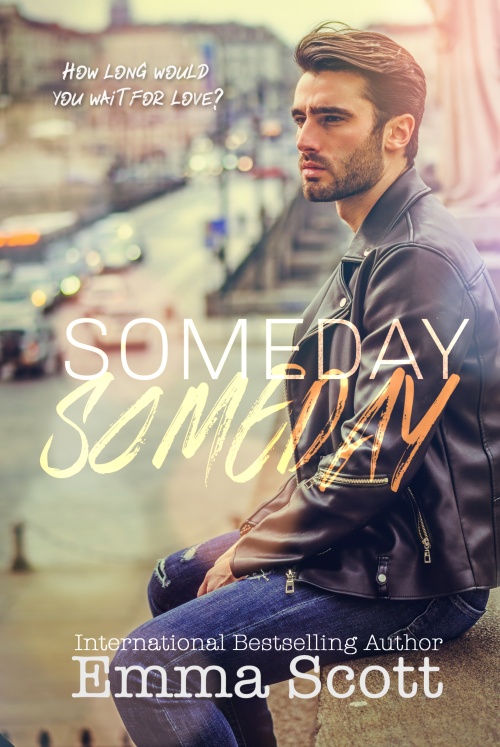 Max Kaufman was kicked out of his home as a teen and his life has been an uphill battle ever since. From addiction and living on the streets, to recovery and putting himself through nursing school, he’s spent the last ten years rebuilding his shattered sense of self. Now he’s taken a job as a private caretaker to Edward Marsh III, the president and CEO of one of the largest pharmaceutical companies in the world. Max soon learns Marsh’s multi-billion-dollar empire is a gold and diamond-encrusted web of secrets and lies.

The longer Max works and lives with the Marsh family, the tighter the secrets tangle around him. And his heart—that he’s worked so hard to protect—falls straight into the hands of the distant, cold, and beautiful son of a dynasty…

Silas Marsh is set to inherit the family fortune, but his father is determined his heir be the “perfect” son. Before Silas can take over the company and end its shady business practices, he must prove himself worthy…and deny his true nature.

Silas must choose: stand up to his father by being true to himself and his undeniable feelings for Max. Or pretend to be someone he is not in order to inherit everything. Even if it means sacrificing a chance at happiness and real love.

Download your copy today or read for free in Kindle Unlimited!

Emma Scott is the kind of storyteller who consistently creates an emotional reading experience for her readers – one that allows us to truly feel every success and failure of the main characters…every high and low in their lives that constantly change them, transforming them in ways that they might not even truly understand but in ways that readers see nonetheless.

Because Scott’s stories deal with the harsh realities of life, the consequences of actions…the aftermath of loss…the struggles of self identity and purpose, readers can’t help but identity with the plights of her heroes and heroines, or in the case of her newest release Someday, Someday, two heroes who deserve every happiness in life…every ounce of love and affection that comes their way – a lifetime of moments that show them just how worthy they are of everything simply because they’re human beings…they’re men whose hopes and dreams matter regardless of other people’s prejudices and/or hatred.

There’s a process that people go through in order to heal, and it’s not something that happens instantly…it’s a messy, treacherous path – one that moves people forward and backward…makes them doubt progress…makes them question if they have what it takes to endure…to move past the pain and to come out on the other hand more whole than they’ve ever been.

Max found his someday, but it took him a long time to find it in a way that lasted…in a way that allowed him to consistently move forward…in a way that he knew his self-worth and he refused to allow anyone else to dictate how he saw himself. Max Kaufman has a heart of gold, but it’s one that he had to put back together himself after his family turned their backs on him because of his sexual orientation and living on the streets lead him down a dark path that did its very best to destroy him, and for a time, that’s exactly what Max allowed it to do, but there did come a time when he found his way back toward the light, working his program and doing everything in his power to beat his demons, lessening their hold on him.

Max has battle wounds and scars from just how much life has knocked him down…by just how inconsequential he was viewed by his family because he preferred the company of men rather than women. It was almost like because Max had already hit his rock bottom already facing the rejection of his family and the addiction that almost overpowered him, he can help Silas find his way, but Silas has to be willing to accept the aid.

Silas’ past is just as harrowing as Max’s, but because his situation is drastically different, the cruelty he faced by his own father and his inability to truly be himself is just as damaging and perhaps even more so due to the fact that Silas’ life has to be perceived as picture perfect, his mask needs to stay in place and that facade is one that allows for no emotions, no feelings that might be seen as inappropriate for the future of Marsh Pharmaceuticals. And the most heartbreaking aspect of Silas’ life is the fact that he has to choose between his father’s expectations and his own personal desires and needs, which, according to his father, have no place in his life as the man who is to take over his family’s business.

Wounds heal, lessons get learned, and growth happens, but only if the right opportunities are there and taken, instead giving up or being unable to endure. Silas could not have found a better person than Max to help him realize exactly who he is and who he wants to be despite anyone else’s expectations. And while Max and Silas definitely need to play the long game in order to understand what they could mean to each other if they only took a chance, stood their ground, and fought for one another in all ways that truly matter.

Max and Silas’ story is so much more than a romance, which is not surprising given that that is exactly how I feel each time I finish one of Emma Scott’s books. Because there’s a complexity to the characters she creates, readers become more than invested in their lives, feeling their pain…their anguish…their devastation…their self-recriminations, but it also allows us to revel in their successes…in their growth…in their ability to put themselves first for once when that hadn’t been a priority or even a possibility for quite some time.

Once again, Emma Scott owned me with Someday, Someday – my tears, my smiles, my queasy stomach and my frayed nerves as she took me through Max and Silas’ journey, both individually and as, hopefully, someday, a couple.

This is must read M/M.

Emma Scott is an internationally bestselling author whose books have been featured in Buzzfeed, Huffington Post, New York Daily News and USA Today’s Happy Ever After. She writes emotional, character-driven romances in which art and love intertwine to heal, and in which love always wins. If you enjoy emotionally-charged stories that rip your heart out and put it back together again, with diverse characters and heroes with a heart of gold, you will enjoy her novels.

One response to “RELEASE BLITZ: Someday, Someday by Emma Scott”