My life fractured when I was only five years old.

I thought I’d never be whole again, but a boy helped put me back together, one piece at a time. Nico Conti became my world—ten years later, he shattered my heart.

He took away the light, so I learned to see in the dark.

Now he’s come back, trying to explain away his absence and pick up where we left off. He doesn’t understand everything’s changed. I’m not the same girl he left behind, but he doesn’t seem to care. He wants all of me. That’s more than I’m willing to give.

They say you don’t know what you’ve lost until it’s gone, but that wasn’t true. I knew exactly how devastating it would be to lose Sofia, and I did it anyway. I thought our separation would be permanent, but now I’ve been forced back into her life. Walking away once was hard enough, I’m not strong enough to stay away again. Now that I’ve seen her, tasted her, I have to make her mine.

Seven years ago, I made the biggest mistake of my life.

I plan to do everything in my power to correct that mistake, even if it means coming clean about the past. There’s a chance the secrets I carry will push her further away, but that’s a risk I’ll have to take. Sofia Genovese was made for me, and I’m determined to win her back. 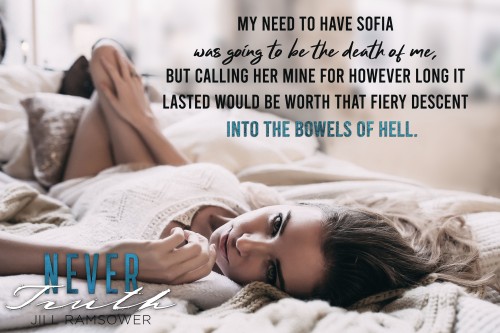 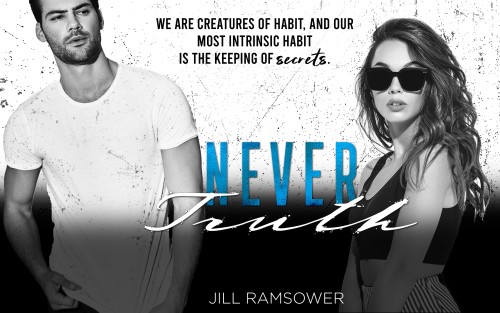 Aside from shock, I couldn’t even pinpoint how I felt about seeing him. All my emotions seemed to collide and cancel each other out until there was nothing but shock and numbness, which was one small grace. It helped me pull myself together and pretend I wasn’t falling apart inside.

“You’ll have to excuse my rudeness; I wasn’t expecting to see you here.” I clasped my hands tightly in my lap, attempting not to fidget, my eyes cast anywhere but at him.

“It’s good to see you, Ladybug,” he murmured casually as if it had been weeks and not years since we’d met.

His voice had matured and was now a gravelly rumble that filled my stomach with a swarm of butterflies taking flight, but I hardly noticed. I was too focused on the fiery rage that heated me from the inside out. How dare he use that name after everything he’d done. After all those years. Hot, angry tears burned at the back of my throat.

“Don’t you dare call me that,” I hissed. “I don’t know what’s going on here, but I don’t want any part of it.” I threw my napkin onto the table, but before I could stand, his hand came down on mine.

“What other reason could you possibly have?” I scoured his features over the flickering votive candle, trying to decipher what was going on but came up empty.

“Maybe I missed you.” His words were sweet and almost sounded earnest, which is why they made me laugh.

I leaned back in my chair, yanking my hand away from his and feeling my shattered armor repairing itself in record time. “Yeah, right. After seven years, you expect me to believe you woke up this morning and decided to see what I was up to?”

“Not at all. I expect you to believe that I wake up every morning thinking about you. You don’t just cross my mind, you live in it.” He held my eyes with such burning intensity that my gaze fused to his.

What was he implying? How could he say such a thing after he’d cast me away like so much garbage? I took in a shaky breath when my lungs screamed for air, then found the strength to drop my gaze. Every hour and every day of the interminable pain I felt after he left crashed over me, washing away the numbness. There was no question how seeing him made me feel—it was the excruciating refracturing of a wound I’d thought long healed.

“Please, leave.” It was only a whisper, and all I could muster past the aching lump in my throat. I couldn’t even lift my gaze as he stood.

He lowered himself and placed an unexpectedly soft kiss on my forehead, his rough fingertips cupping my cheek. “I’m sorry, Sof.”

Within a year of self-publishing her first book, Jill Ramsower quit her job as an attorney and dedicated her days to churning out romantic adventures. She likes to think of her books as contemporary romance with a touch of fantasy—at its core, her writing is about the connection between two people. Sometimes that connection involves a little magic…

With Jill’s books, you can count on confident heroines, plenty of steamy tension, and deliciously assertive leading men. There are no guarantees in life, but with her books, you know everything will work out in the end. However, a perfect ending would not be nearly as satisfying without a seemingly insurmountable challenge. Jill loves to add plenty of adversity in her stories, creating unforgettably dynamic characters and sneaky plot twists you will never see coming.

Jill is a Texan, born and raised. She manages the hectic social calendars for her three active children and occasionally spends an evening with her dashing husband. Aside from being an author and a mom, she’s a travel junkie and loves to read when she is not lost in her own stories.