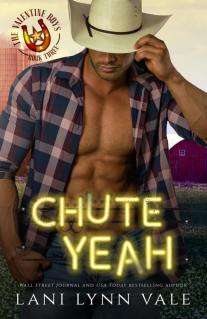 Candy Ray Sunshine—Yes, that is my real name, thank you very much, Mom and Dad—knew two things

One, she was going to work her butt off and open her very own coffee shop, even if she had to die doing it.
Two, Banks Valentine was the world’s worst ex-boyfriend in the history of ex-boyfriends. Even if they were only boyfriend and girlfriend for one evening. She wouldn’t sneeze on him even if he was on fire.
***
Banks Valentine also knew two things.
One, he was an immature jerk when he was in high school, and Candy Ray Sunshine probably could open a coffee shop if she put her mind to it. But he still thinks that she should shoot a little higher, anything that gets her the heck out of Kilgore, Texas.
Two, he likes riding bulls. It’s a dangerous job, and when he gets on the back of one of those thousand-pound death machines, he can finally feel his head clear enough that he can think.
***
Candy and Banks would never get along. Not after what he said, and definitely not after what she did.

Then again, neither one of them expected that night to end the way it did, either—the night that both of them refused to talk about the next morning. 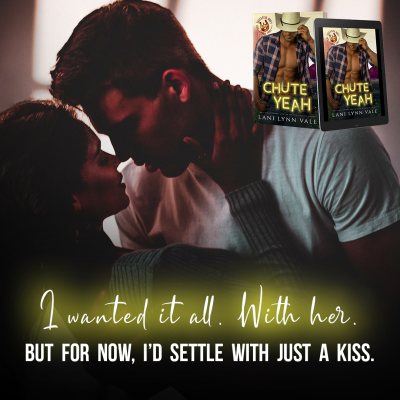 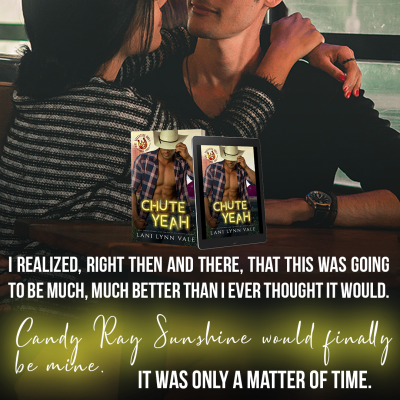 Lani Lynn Vale was all about the feels in Candy and Banks’ story; there was a lot for these two characters to sort through, but they could only do that if they, not only, worked through the night that irrevocably changed both their lives, but processed what that ordeal taught them and how to focus on the here and now, not the past that seems to always be there, forcing them to remember what their struggles, but hopefully, see this as a second chance.

Vale sets up Chute Yeah using a number of romance tropes, all illustrating the path Candy and Banks needed to take in order for them both to make amends and then get to know the older versions of each other, realizing that those high school crushes have meld into something more, something that they both want, something that could bring a whole lot of light to the present, forcing the darkness of their pasts to recede, and even though that task may be arduous and may come with a heck of a lot of ups and downs, by the time the story is over, Vale gives readers exactly what they’ve come to expect from her writing and characters – humor, heart, steam, and the knowledge of just how important family is. 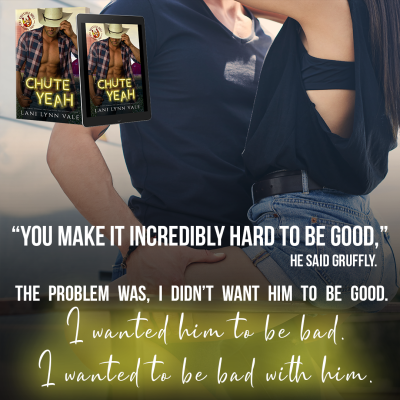 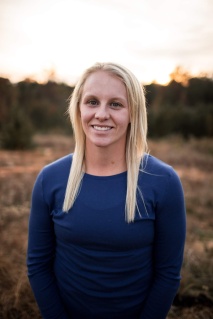