“April and Tyler are just meant to be! I held my breath all the way to the end!” Sarina Bowen, USA Today bestselling author

Back then, I had it all.

(And believe me, I knew how to score.)

My senior year, I was a first round draft pick with a two-million-dollar signing bonus. Before I could even legally buy myself a beer, I made my Major League debut.

Point is, I was invincible.

Until one day I wasn’t.

After tanking my career—during the World Series, no less—the last thing I want to do is return to my hometown, where every jerk in a ball cap has an opinion about what went wrong with my arm. So when my sister drags me back to town for her wedding, I vow to get in and out of there as quickly as possible.

Then I run into April Sawyer.

In high school we were just friends, but I’d always wanted her, and I’d never forgotten her—the red hair, the incredible smile, the crazy, reckless thing we did in the back of my truck the night we said goodbye. It’s been eighteen years, but one look at her and I feel like my old self again. I can still make her laugh, she can still take me down a notch, and when the chemistry between us explodes, it’s even hotter this time around—and I don’t want it to end.

But just when I think I’m ready to let go of the past and get back in the game, life throws me a curveball I never saw coming. 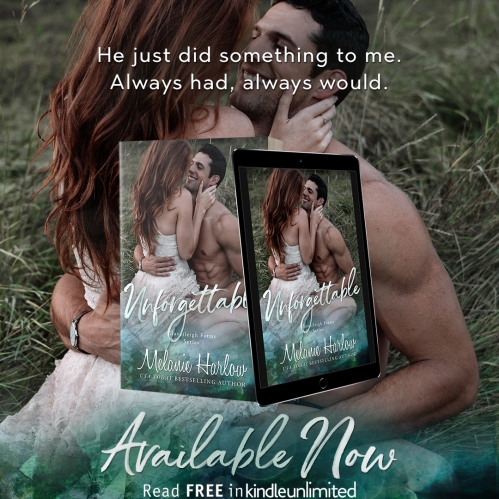 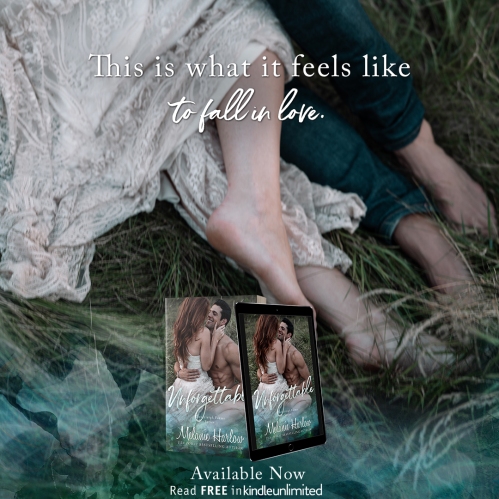 Out of all the Sawyer sisters, April’s story is the one that I wanted the most, and I’m sure it’s partly because she’s the last one standing, so to speak, but I also always saw her as a character who deserved more…who gave everything of herself but didn’t seem to get enough in return. And what I also saw was someone who held back, someone who hid behind her work and her ability to hide her true feelings and the truths she’s never really talked about out loud.

Tyler Shaw seemed like this larger than life all star; there are not many 18 year olds who get drafted right out of high school, especially with a big payday, but with his age also came this untouchable feeling…the idea that he was on top of the world and that nothing could bring him down, and it’s that exact overconfidence that led him astray…that kept all of his focus on baseball, negating every other aspect of his life, which meant that when he lost it, he lost himself and until he recognized what was happening and why things needed to change, nothing would settle for him; he’d keep reaching for something that was now a bit too far out of reach.

Both Tyler and April have been career-driven for quite some time, and now, 18 years later, their lives are not only incomplete but they’re holding back pieces of themselves and truths that need to be revealed so they can not only move forward with their lives, but, hopefully, work toward the things they want and it’s clear that what they definitely haven’t forgotten is each other.

I’m all about second chance romances; they are my absolute favorite kind of stories to read, especially when there’s quite a bit of backstory between the hero and heroine. The connection that April and Tyler shared when they were younger clearly meant everything to them, but Tyler’s future was always going to take him away from his hometown and from April. When Tyler came back to northern Michigan, I don’t think he expected everything to go down the way that it did and the fact that there’s so much more to deal with than he would have thought complicates an already tenuous situation, but it played out as it should have, especially considering the obstacles and truths that he and April had to overcome to get them both to a place where they were ready to move forward together.

Melanie Harlow’s stories ALWAYS deliver, and her Cloverleigh Farms series brings all the feels and then some, and while I’m beyond sadden to say goodbye to these characters and the setting, I know that what Harlow crafts next will be just as extraordinary as these stories were. 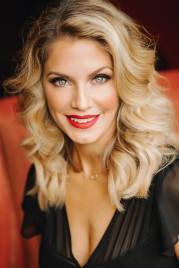 USA Today bestselling author Melanie Harlow likes her martinis dry, her heels high, and her history with the naughty bits left in. When she’s not writing or reading, she gets her kicks from TV series like Schitt’s Creek, Homeland, and Fleabag. She occasionally runs three miles, but only so she can have more gin and steak.

Melanie is the author of the CLOVERLEIGH FARMS series, the ONE & ONLY series, AFTER WE FALL series, the HAPPY CRAZY LOVE series, the FRENCHED series, and the sexy historical SPEAK EASY duet, set in the 1920s. She lifts her glass to romance readers and writers from her home near Detroit, MI, where she lives with her husband, two daughters, and pet rabbit.