And an enforcer for the Inferno if one is ever needed.

I knew better than to get involved with him.

With the constant fights.

With the games the twins were known to play with every woman stupid enough to fall for them.

We made a mistake when we met again as adults.

I fell in love.

He fell in love.

His brother fell in love, too.

What used to be a good time is now a tragedy.

Our story is messy.

Despite all that, Ezra refuses to let go. 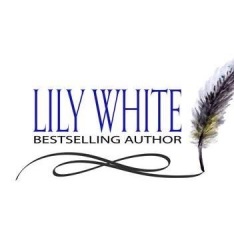 Lily White is a bestselling author who likes to dabble on the dark side of romance. She is most known for her Masters Series, Target This, Wishing Well, and The Five.

When she isn’t writing as Lily White you can find other books by her under M.S. Willis where she has penned the Control Series, the Estate Series, and Because of Ellison (contemporary romance).

Lily enjoys stretching her writing muscles by continuing to challenge herself with each book she publishes.