At first, my neighbor Deacon frustrated me.

Sure, he was great-looking and friendly.

But our walls were thin, and on occasion, he’d bring women to his place and keep me awake while he “entertained” them.

As a single mother to an infant, I didn’t appreciate it.

So, finally it was my turn.

When my daughter wouldn’t stop wailing one night, Mr. Manwhore came knocking on my door.

Miraculously, at the sound of his voice, Sunny stopped crying. And when he held her…she eventually fell asleep in his arms.

Deacon was rough on the exterior, but apparently on the inside? Mr. Single-and-Ready-to-Mingle was a baby whisperer.

After that night, we became friends.

But over time, our conversations ran deeper. We got closer.

Until one night we crossed the line.

Our friendship turned into a complicated mess.

I’d gone and fallen for a guy who’d sworn off commitment and kids.

I knew Deacon was starting to care for me too, even though Sunny and I didn’t fit into any plan he’d ever imagined for himself.

He was wrong for me—so wrong that I’d dubbed him the “anti-boyfriend.”

Then why did I wish more than anything that I could be the one woman to change him?

In Penelope Ward’s latest release, her heroine, Carys Kincaid, nails it when she describes her handsome, yet annoying neighbor, Deacon Mathers, as an anti-boyfriend because EVERYTHING about his current lifestyle and views on life and love show just how much he’s against commitment and having a family, and while there are reasons behind his choices, watching him fall for the cutest little girl and then her mom proves that Deacon actually has what it takes to have the life he never thought he wanted but it won’t come without an array of missteps, obstacles, and self-sabotage.

What’s most interesting about the dynamics between Carys and Deacon is that their situations and their views are drastically different and don’t seem to overlap in the ways that matter, but that doesn’t stop them from becoming a part of each other’s lives and developing a friendship and maybe more, if they can get out of their own way.

I’m a sucker for a gorgeous and broody hero who has a soft spot for crying babies, and I can wholeheartedly say that Deacon’s connection with Sunny is totally swoon worthy and while I definitely wanted to knock some sense into him when he acted and said things without realizing what those words and deeds would do to the person who was quickly becoming important to him, the fact that he went from manwhore to baby whisperer, just like that, and the fact that he didn’t stop being around Carys and Sunny even though it wasn’t how he saw is life playing out made it worth the frustration and headache he caused.

The Anti-Boyfriend has all of the story components that I’ve come to love and to appreciate about Penelope Ward’s books and storytelling. There’s angst, steam, and snark in this slow burn romance and while I wanted a bit more insight and clarity into some of the situations that occur throughout the course of the book, Deacon and Carys clearly were meant to come into one another’s life and become pro-commitment and pro-family and I loved how that aspect played out. 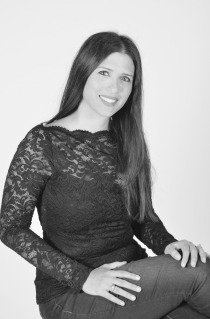 Other Books by Penelope Ward 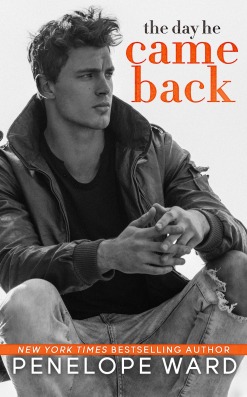