EXCERPT REVEAL: THE THINGS WE LEAVE UNFINISHED by Rebecca Yarros 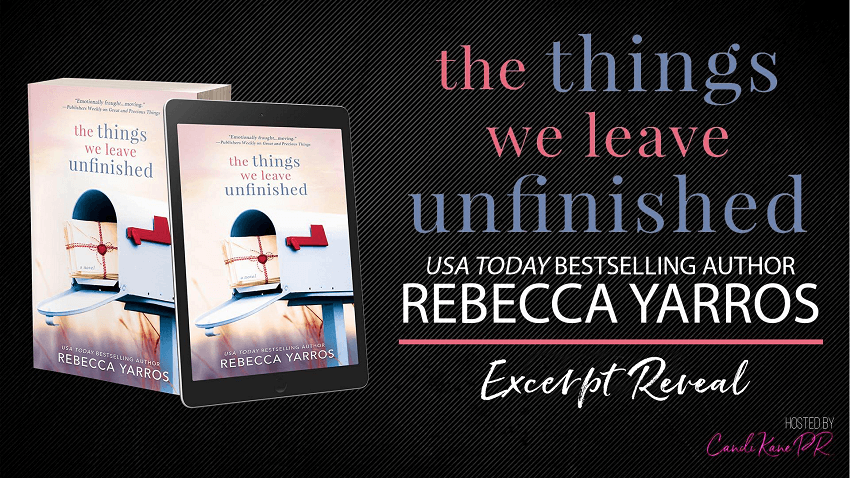 THE THINGS WE LEAVE UNFINISHED by Rebecca Yarros

Told in alternating timelines, THE THINGS WE LEAVE UNFINISHED examines the risks we take for love, the scars too deep to heal, and the endings we can’t bring ourselves to see coming.

Twenty-eight-year-old Georgia Stanton has to start over after she gave up almost everything in a brutal divorce—the New York house, the friends, and her pride. Now back home at her late great-grandmother’s estate in Colorado, she finds herself face-to-face with Noah Harrison, the bestselling author of a million books where the cover is always people nearly kissing. He’s just as arrogant in person as in interviews, and she’ll be damned if the good-looking writer of love stories thinks he’s the one to finish her grandmother’s final novel…even if the publisher swears he’s the perfect fit.

Noah is at the pinnacle of his career. With book and movie deals galore, there isn’t much the “golden boy” of modern fiction hasn’t accomplished. But he can’t walk away from what might be the best book of the century—the one his idol, Scarlett Stanton, left unfinished. Coming up with a fitting ending for the legendary author is one thing, but dealing with her beautiful, stubborn, cynical great-granddaughter, Georgia, is quite another.

But as they read Scarlett’s words in both the manuscript and her box of letters, they start to realize why Scarlett never finished the book—it’s based on her real-life romance with a World War II pilot, and the ending isn’t a happy one. Georgia knows all too well that love never works out, and while the chemistry and connection between her and Noah is undeniable, she’s as determined as ever to learn from her great-grandmother’s mistakes—even if it means destroying Noah’s career. 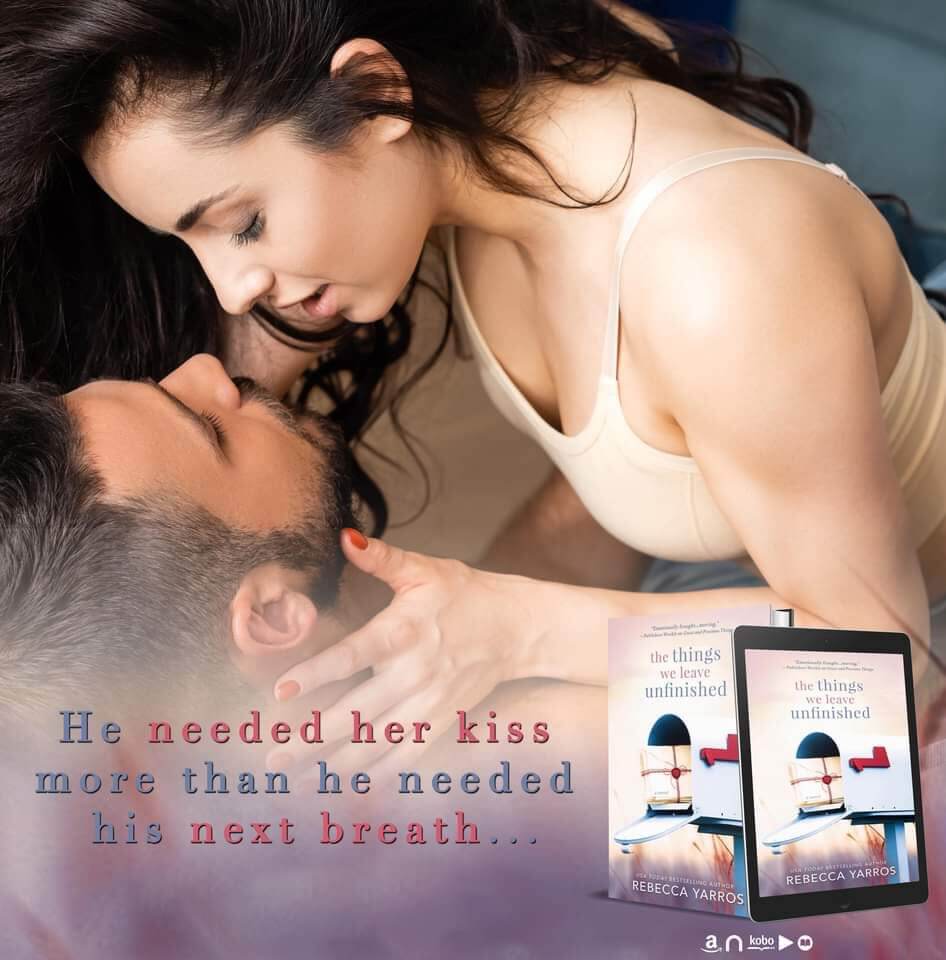 Jameson’s head whipped toward the entry, and his heart stopped.

Scarlett stood in the doorway, her jacket folded over an arm.

Her glossy black hair was pinned back, barely brushing the collar of her uniform. Her cheeks were pink, her lips curved in a barely contained smile, and damn, he could see the blue of her eyes from here. She was here. At his base. In his rest room. She was here.

He was halfway across the room before he’d even thought to move, abandoning his beer on the nearest table as he went. A few short strides and he was home, sucking in his breath at the warmth of her skin as one of his hands cupped the back of her neck and the other palmed her waist.

“You’re here,” he whispered, awestruck as she smiled up at him. This wasn’t a dream. She was real.

His gaze dropped to her mouth, and his grip tightened at the hunger that threatened to consume him. He needed her kiss more than he needed his next breath, but he wasn’t about to do it here. Not in front of the jackass who’d implied he needed company.

Rebecca Yarros is the Wall Street Journal and USA Today bestselling author of over fifteen novels, including Great and Precious Things and The Last Letter. “A gifted storyteller” (Kirkus), she is also the recipient of the Colorado Romance Writer’s Award of Excellence for Eyes Turned Skyward from her Flight and Glory series.

Rebecca loves military heroes and has been blissfully married to hers for almost twenty years. She’s the mother of six children, ranging from kindergarten to law school, and is currently surviving the teenage years with three of her four hockey-playing sons. When she’s not writing, you can find her at the hockey rink or sneaking in some guitar time while guzzling coffee. She and her family live in Colorado with their stubborn English bulldogs, two feisty chinchillas, and a Maine Coon kitten named Artemis, who rules them all.

Having fostered then adopted their youngest daughter who is nonverbal and on the autism spectrum, Rebecca is passionate about helping children in the foster system through her nonprofit, One October, which she co-founded with her husband in 2019. To learn more about their mission to better the lives of kids in foster care, visit www.oneoctober.org.

To catch up on Rebecca’s latest releases and upcoming novels, including The Things We Leave Unfinished, which just received a starred review from Publishers Weekly, visit www.RebeccaYarros.com.