“This is the future of romance.” — Adriana Herrera, author of the Dreamers series

The Rebel King, the powerful conclusion to the All The King’s Men Duet, from USA Today bestselling author Kennedy Ryan, 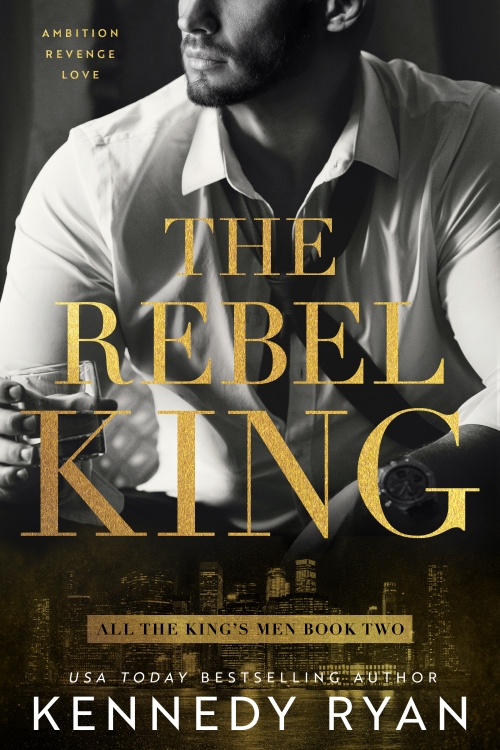 RITA® Award-winning author Kennedy Ryan delivers the gripping conclusion to the All the King’s Men Duet.

Raised to resist. Bred to fight. Survival is in my blood and surrender is never an option.

Though surrender is what Maxim Cade demanded of my body and heart, I had other plans. We were fast-burning fascination and combustible chemistry, but the man I trusted with everything was a trickster. A thief who stole my love. If what we had was a lie, why did it feel so real? The man I swore to hate will have it all, and wants me at his side. But power is a game, and we’re the pawns and players.

Facing insurmountable odds, will we win the world, or will we lose it all?

Download your copy of THE REBEL KING today or read FREE in Kindle Unlimited!

Start the duet with THE KINGMAKER today!

Add the All The King’s Men Duet to your Goodreads Shelf: http://bit.ly/2OxStYL

A powerful idea that resonates from the pages of The Rebel King is that ordinary is outdated…that different, in any and all capacities: people, environments, and ideas is absolutely essential to provide a comprehensive look at what it means to be human as well as what makes up the human spirit in all its colors, behaviors, and circumstances.

Lennix’s voice…her words and her deeds illustrate a woman who wants to bring about change…who wants to be a mouthpiece for the forgotten…for the disregarded…for the downtrodden. She is an absolute warrior – she exudes power and grace, and she refuses to be silenced. And it’s that independent spirit that sees her through when the world seems to push back…when those who disagree with her work to pigeon-hole her progress…attempt to put her in what they see as her place in society.

Maxim is a powerful man in his own right…alpha to his core, but it’s his protective nature and his strength as Nix’s partner that makes him stand out as an ultimate book boyfriend. Don’t get me wrong…he definitely has his faults and he’s made his fair share of mistakes when it comes to Nix as well as other aspects of his life, but the fact that he’s flawed only endears him more to readers because it makes him authentic, but most of all, it makes him human.

I don’t know if I’ve ever read a story where the hero and heroine were as connected as Nix and Doc are on every level. When 17 year old Nix met 24 year old Maxim, I’m sure they never imagined who and what they would become, both individually and as a couple. But it’s a testament to their bond that despite the time they spent apart…despite their differing paths…despite everything that came up against them, whether it be a person or a complication, they were never far from one another’s thoughts…their hearts…but more importantly…their souls.

Prove them all wrong.

Blaze your own trail.

Girl, woman, they’ll never give you the world. You have to make your own.’

While this message is poignant all on its own, its poignancy lies more so in the writer who crafted these words and the heroine created who learns these life lessons as her and the hero’s story is told. Kennedy Ryan has more than forged her own path based on her vision of what the romance genre should include as well as the type of main characters whose stories should be told. And, without a doubt, it takes courage and determination to change the dynamics of a community that has existed as long as books about love and relationships has…but it’s the fact that Ryan has a pulse on societal issues and norms and works earnestly to shed light on both the shortcomings and victories of mankind that keeps readers invested long after they reach the end of any one of Kennedy Ryan’s stories, and it’s that fact that makes her every bit the warrior that Lennix is. 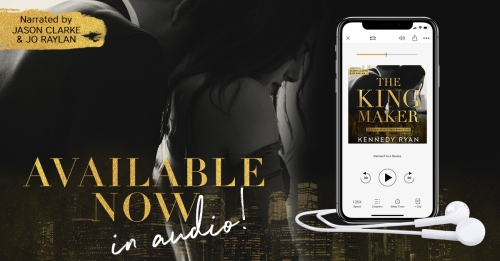 THE KINGMAKER is available on audio!

Listen to an audio sample from The Kingmaker: http://bit.ly/2K10MdX

Receive an email as soon as THE REBEL KING is available on audio!

Her words break on a sob, and the elegant line of her shoulders trembles. “No one like you.”

I palm her breasts, squeezing the tight nipples between my fingers. Her indrawn breath tells me she likes it.

“Anything you want,” she pants, circling her ass on me. “Take it.”

“I want today with you,” I say, changing the angle of my thrust slightly, but hitting a new spot that makes her moan.

I force myself to stop abruptly and start easing out.

I stop pulling out, but don’t move. She squirms, tries to grind on my cock, but I grip her hips, holding her still.

“Do you think I don’t feel how hard that cock is? You want this, too.”

“Obviously,” I force my voice to casual, like it doesn’t matter to me one way or the other. “But I want a day with you more. What’s it going to be?”

I push in and give her a quick, shallow thrust.

My cock hates me, silently cursing me in four different languages for not finishing this right now.

“One day,” she concedes breathlessly. “I can give you one day.”

I take off the reins and fuck her until we’re both shaking. We almost fall when our orgasms hit. I ease out, sit on the shower bench and set her on my lap. Greedy, thirsty, we kiss until my lips are numb, her fingers burrowing into my wet hair, my fingers tunneled into hers. I break the kiss, taking her face between my slick hands and searching her eyes.

She nods, sucking my bottom lip smiling. “One day.” 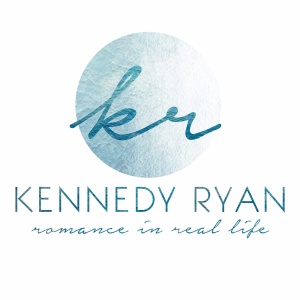 USA Today bestseller, RITA® Award Winner and Top 25 Amazon Bestseller, Kennedy Ryan writes about women from all walks of life, empowering them and placing them firmly at the center of each story and in charge of their own destinies. Her heroes respect, cherish and lose their minds for the women who capture their hearts.

She is a wife to her lifetime lover and mother to an extraordinary son. She has always leveraged her journalism background to write for charity and non-profit organizations, but enjoys writing to raise Autism awareness most. A contributor for Modern Mom Magazine and Frolic, Kennedy’s writings have appeared in Chicken Soup for the Soul, USA Today and many others. The founder and executive director of a foundation serving Atlanta Autism families, she has appeared on Headline News, Montel Williams, NPR and other media outlets as an advocate for families living with autism.

One response to “BLOG TOUR REVIEW AND EXCERPT: THE REBEL KING by Kennedy Ryan”